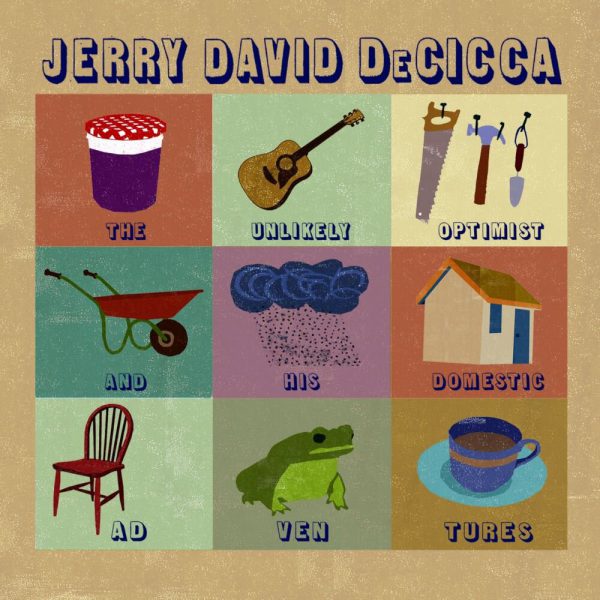 The Unlikely Optimist and His Domestic Adventures

Very happy to be involved in this fantastic piece of work. JDD writes deeply wonderful and idiosyncratic songs. Trying to figure out a way into them is like shimmying through a too-narrow cave on a tightrope while baking a soufflé. Any false or dishonest move and the soufflé will collapse, the tightrope will break and you’ll get wedged in the cave and have to cut off your own arm with a switchblade to escape.

I mean that in the best possible way. Pretty sure we got pretty dang close on this record.

Humbled, as always, to be alongside a cast of luminaries: Augie Meyers, Ralph White, @spiritcave (who sings more lovelier than Eve?), the booty-quaking , tooth-rattling, spine-tingling low-end authority of His Majesty @tumatet, as well as several other stellar musicians whom I don’t know/didn’t get to work directly with. Alongside these wizards, I contributed electric guitar, synthesizer, a string arrangement and some light engineering.

Of special note is the truly wonderful mix by @chrisshawmix. It’s really a thing of subtle beauty.

Standout track: “West Texas Trilogy.” Headphones for that one.